What is the future of pharma? 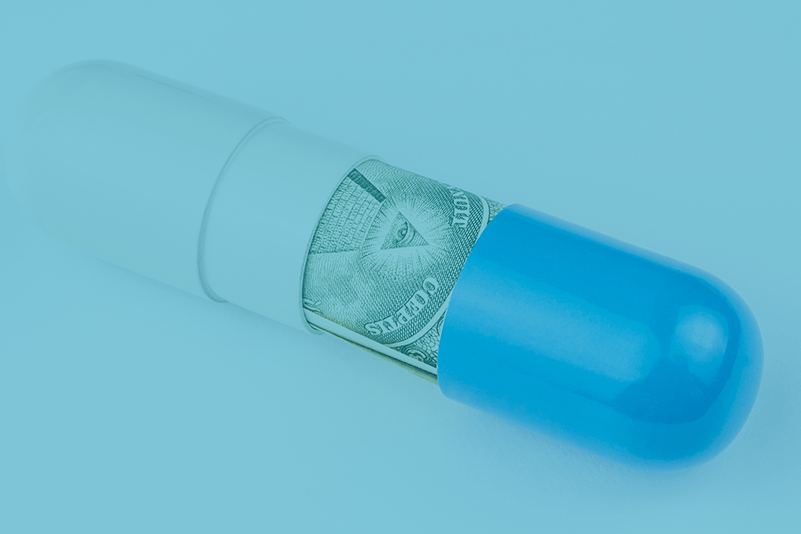 Pharmaceutical companies must embrace new technology and place a larger emphasis on prevention and digital health in the coming years.

Although the pharmaceutical market is worth 1.2 trillion dollars, it faces several problems, ranging from ethical to financial that can’t be understated. They may profit from the digital revolution by embracing disruptive technologies such as 3D printed drugs or AI-guided therapies, but this means we are entering an unprecedented “transitional” period.

Modern medicine has already advanced in leaps and bounds recently, especially compared to just a few decades ago. However, there’s always room for improvement, and it’s here, in the advancement of the healthcare industry, that the pharmaceutical sector will play a more significant part than ever before. That much is undeniable. The question that remains is: what changes can we expect?

A more patient-centered approach to medicine

If the coronavirus pandemic of 2020 taught us anything, it’s that the pharmaceutical sector moved to a more patient-centered approach. Pharmaceutical inventions that can adjust to the demands of each patient may be available within a decade, thanks to a more data-driven approach. Why? Because more data (and a more diversified and comprehensive gathering of such data) allows for better and faster drug development.

This information will also result in better detection and prevention of diseases. In fact, the advent of personal smart health trackers and similar devices, like pacemaker monitors, will open up possibilities for analyzing extensive data for pharmaceutical treatments that may be tailored to the specific demands of each patient. It’s even expected that, instead of creating medication for the masses, the pharmaceutical companies will develop drug variations that account for DNA variations.

Biotech has ushered in a new era of fast drug development, with new timetables and cost structures. The industry is evolving toward more efficient development methods and accepting outsourcing’s role in helping to construct infrastructure that is more effective. And what’s more, the future of biotech will soon change from centralized big companies toward more decentralized, small-batch biotech enterprises focused on biological drugs and cell and gene treatment development.

The United States pays higher prices for medicine than the majority of other countries. According to some studies, medication prices in the United States are 3.7 times higher than the global average. Although this isn’t anything “new,” the good news is that this may change in the near future. More scrutiny from governments and regulators, a wealth of data that can pave the way for more efficient R&D, and better health management could mean lower costs overall (up and down the chain).

Despite the delay in approvals, it seems like the biosimilars industry will expand over the next few years in the United States. With some reports indicating a similar uptake to the one we experienced last year, the FDA will continue to be a player in this sector, assisting in regulating insulin and other “drugs.” Legislation aimed at improving patient access, lowering medication prices, and increasing competition are also being considered.

What does the future hold?

Overall, the pharmaceutical industry’s future appears bright. Biotech companies will be at the forefront of scientific innovation, and they will be responsible for many of these changes in the pharmaceutical industry. While we can expect a lot of consolidation in the industry, a new biotechnology class that competes with big pharma will emerge. Pharma’s future lies in embracing technology and a much broader definition of medicine, one that puts a greater emphasis on prevention and personalization.

Reach Out to Us Today

Telemedicine A Tool For Employers To Reduce Cost

Telehealth continues to be one of the fastest-growing trends in the aftermath of the COVID-19 pandemic. The telehealth market

What Is the Future of Pharmacy Benefit Managers?

While the industry ponders what comes next for pharmacy benefit managers (PBMs), many are taking steps now to ensure

Funded by workers’ contributions into a trust fund, Washington state’s WA Cares Fund is the first of its kind

There’s no denying it: COVID-19 has disrupted the world of employment for years to come. According to various organizations,

What Employee Benefits Brokers Should Consider When Choosing a General Agent

We're ready to chat if you are.
Get the general agent you deserve.